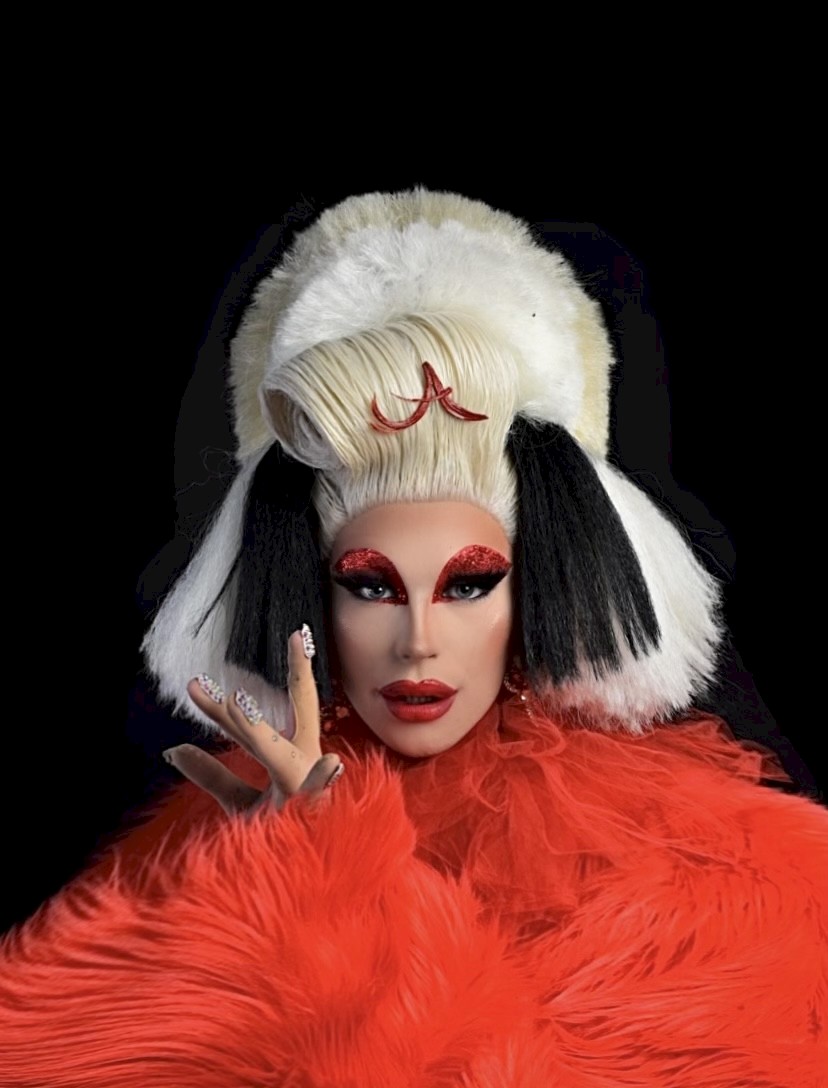 East Sussex College Lewes Performing Arts alumni, Anubis Finch, has won an award on the back of her appearance on the latest season of RuPaul’s Drag Race UK.

Drag Queens from this season’s show voted together in partnership with Popbuzz magazine, to hand out end-of-series awards. Anubis was voted ‘Miss Congeniality’ by her fellow contestants, an award handed to the Drag Queen who is the kindest and most helpful on their respective series.

Despite departing the TV show in the opening episode, Anubis clearly made her presence felt on the series. In an interview with Popbuzz, season three winner Krystal Versace was full of praise for Anubis and said, "That girl is an angel. She is a powerhouse and there is honestly no one like her. I can't think of any drag queen I can compare her to. She's incredible. She's the sweetest person and all round angel. I love her so much."

Rather impressively, Anubis is believed to be the first contestant to be eliminated in the opening round to have won this particular award.

Speaking to the College in October about her involvement in the BBC show, Anubis said, “It’s kind of surreal to be fair. I’ve been watching the show for seven years and I’ve always loved musical theatre, always loved drag, I’ve loved performing and music, so this show obviously incorporates all my passions. I auditioned for it quite a while ago and then luckily got on and now here we are today! It’s great, but very surreal!”

Anubis is now performing across the UK and fulfilling dreams that have become reality since leaving the College. “I’m currently touring in Scotland, then Newcastle, Birmingham, Manchester, London and Brighton. It’s very busy but it is worth it! It’s great to be able to get out and I’m just happy to be able to do it with Covid and everything,” she said.

“On tour it’s my own show, but I’m allowed to do it basically because of the platform I’ve got from the show. I’m touring and doing different meet and greets, meeting all the fans online. It’s a big musical, theatre show with loads of silliness and costumes. It’s great, really fun!”

During her time at East Sussex College, Anubis starred as the lovable ogre in a production of Shrek. The successful show remains one of Anubis’ favourite performances to date. She has fond memories of the production, and said, “It was really fun. It’s still one of my favourite shows that I’ve been a part of. Sometimes when I’m in Brighton or London, I’ll actually meet people through being on Drag Race and they go ‘I actually saw you at ESC Lewes as Shrek’ and I was like, bloody hell!

“It’s a long time ago for me now, maybe two or three years ago, but it was a great experience. It was so much fun, I really loved my time there and the teachers were lovely. It was a really nice production to be a part of.”

ESC prides itself on being supportive to students throughout their time studying here and Anubis’ experience at the College outlines this.

“It was one of those things where I didn’t have a great time at secondary school and I didn’t really feel like I fit in well. I always felt like a bit of an outsider,” Anubis told us. “Then my time at Sussex (East Sussex College) was really lovely, because I felt like it was one of the first places that I really fit in. I felt like I had creative freedom, I could express myself in the way I wanted and I woke up ready to go to College and I had fun! That’s something I didn’t really have with school and I dreaded going in. Then with College I’d be excited for the day and stuff like that. I found it really supportive.”

Anubis recalled her experiences at ESC and looked back with fondness at the support she received - in particular from her tutors who have kept in contact to this day.

“All the teachers were really helpful, really lovely and friendly. Still to this day we’re in contact. Even - pre-Drag Race, they’d still get in touch to see how I was doing. They’ve followed my career, so it’s been really lovely,” said Anubis.

“I always felt like with me, it put me at ease knowing that the teachers were obviously there and authoritative, getting the job done very professionally. But it was also very much like I had a friend in the teachers as well. It was like they were there for us just as much as my other peers were, which was quite nice. And I don't think you get that at many places.”

If you’d like to follow in Anubis’ footsteps by studying Performing Arts at East Sussex College, please click here to view all the relevant courses on offer. To catch up on the latest episodes of RuPaul’s Drag Race UK, please visit:

Following the previous success of the ‘My Town’ art competition, it is back!

College continues to work in partnership with Hastings United FC and Skiltek Football, to help give football students the opportunity for progression in the sport.