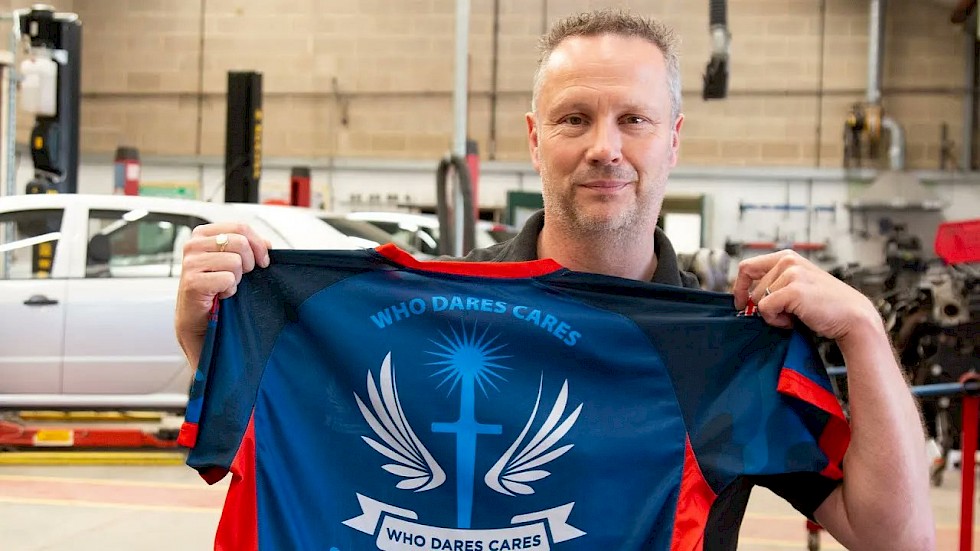 At the beginning of June, Mark was involved in the Who Dares Cares initiative to raise funds and awareness of PTSD in service personnel. The walk, based at South Downs Way, saw Mark set off at 4pm on 4 June from Amberley.

He then arrived in Winchester 20 hours later, following a 50-mile trek! The route taken saw Mark and others approximately 6000ft of elevation and they did much of the walk through the night.

Speaking on his participation in the Who Dares Cares charity walk, Mark said, “Over half-term I took part in a charity event. My background is ex-military and I've become an avid supporter, along with some of my friends who are also ex-military, in a charity called Who Dares Cares. This charity was set up by two ex-members of the forces; one member named Callum, who was in The King's Own Scottish Borderers, and another called Colin, who is formerly SAS. They wanted to set up a charity designed to help look after veterans who suffer from PTSD.

“Through various charity events we've raised in the region of £7000 so far for this particular charity. The event I did took place over half-term; it was a 50-mile walk. A couple of years ago, before Covid, we did the first half of the Sussex Downs Way walk, so we walked from Eastbourne to Amberley and we did that in a single hit! We left on Friday night and we arrived at Amberley on Saturday afternoon. We got back onto the trail and did the other half. On Friday, we left Amberley at four o'clock and we arrived in Winchester at lunchtime at 12 o’clock on Saturday afternoon.”

Mark added, “We walked through the night, through the rain, stopped a couple of times for food and to rest our feet. For this event, so far we've raised £1000 in support of Who Dares Cares.”

To support Who Dares Cares, please click the link here to visit the Facebook donation page. Your support would be greatly appreciated.

If you’re interested in finding out about Motor Vehicle courses at East Sussex College, then please click here for further details.