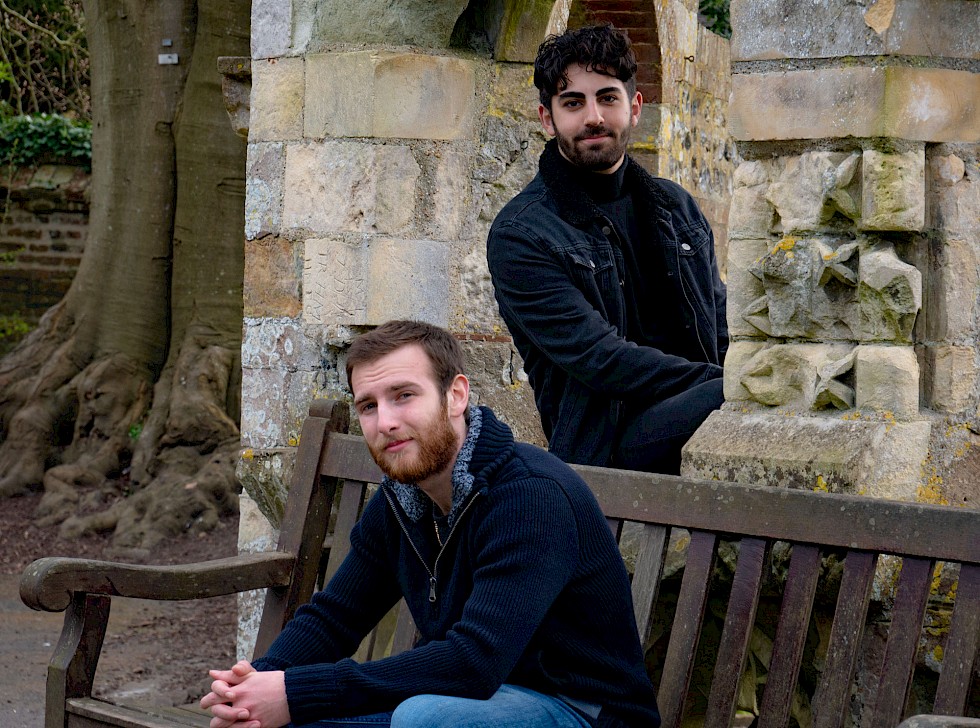 East Sussex Academy of Music (ESAM) alumni, Joe Archer and Frankie Redica studied at the College from 2016-2019 and are now preparing to premiere their musical “Driven - A New Song Cycle” at a famous New York nightclub!

While studying at East Sussex College, Joe and Frankie started writing a musical, which at the time was semi-staged as “Musical Song Cycle”, at the end of their time at the College. The musical has evolved and developed over time and is now ready to be performed at 54 Below, a famous bar in Manhattan, New York.

54 Below is a bar famed for high-quality musical performance. Many of the musicals that hit Broadway have had early versions performed at this fantastic venue. 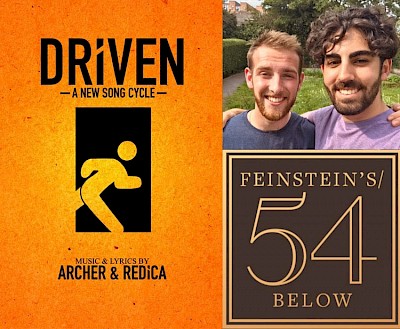 Joe and Frankie’s musical is set to be performed at 54 Below on 23 August at 9:30pm. As described on the 54 Below website, ‘the show follows three young people attempting to navigate through life’s hardships whilst striving for a sense of belonging. It tackles important issues and personal battles such as accepting your own sexuality, feeling like you’re not good enough for the world, and fighting to achieve one’s dreams and goals by any means necessary. The show consists of four different sections introduced by original poetry, providing a narrative for the songs that follow.’

The pair are due to fly out to New York soon ahead of rehearsals with the cast, arranged by the venue. The original plan for the duo was to perform their US premiere of the musical in April 2020, however, Covid-19 delayed proceedings. But two years on, they couldn’t be more excited!

Speaking on their upcoming performance in New York, East Sussex College alumnus Joe, said, “The two of us are super excited to be premiering the show at a venue that means so much to the two of us! Throughout our time at college, we would watch some of our biggest theatre idols perform on this stage and to have the chance to do that ourselves feels surreal.

“We are both buzzing to start! Whilst it felt like a blow at the time, the postponement of the 2020 show has given us two years to re-evaluate and rework much of the material in the show and we like to think it is all the better for it. We can’t wait to kick on and bring the production to the stage!

“Both of us really valued the support from the College, especially the East Sussex Academy of Music. They created a culture that really allowed creativity to thrive and flourish and were very generous with their time in helping us to stage the first draft of the show back in 2019. A massive shoutout and thank you to John Sims especially for helping us bring ‘Driven’ to life and for being incredibly supportive during my three years at the academy!”

Joe added, “It’s been great to start putting what we’ve learnt and what we have discovered into practice outside of education. Opportunities like this have shown us that we still have a lot to learn and that’s the exciting part for us! We are on a musical journey that we dreamed of when we started college in 2016 and we can’t wait to see what happens next!

“I can’t recommend the East Sussex Academy of Music highly enough! Their mentoring and support made my three years there the most enjoyable three years of my life! Their collaborations with ESC led to some incredible opportunities and some wonderful memories. I would highly encourage any prospective students to take a look around the College and the academy, you won’t be disappointed!"

John Sims, Head of ESAM at East Sussex College, said, "At the East Sussex Academy of Music and East Sussex College we are thrilled to hear that our former students Joe Archer and Frankie Redica are off to work in New York City! How exciting for them to be presenting their own musical, Driven, at 54 Below.

“This is one of the most prestigious venues for new musicals anywhere on the planet! Of course, we remember the show as it was being written, and we are very proud that it had its first ever performance right here in East Sussex College Lewes.”

John added, “It's great to know that in some way we managed to create an environment where these two students could create new music together, and where we could support them to present their show. Now that they are taking it to New York we couldn't be prouder. We wish them every success, they are very talented young people and they deserve great things.”

If you’d like to follow in Joe and Frankie’s footsteps into the musical world, click here to find out more information about the College’s East Sussex Academy of Music.

Here’s some tried and tested tips of things you can do over the summer to prepare you for college life.