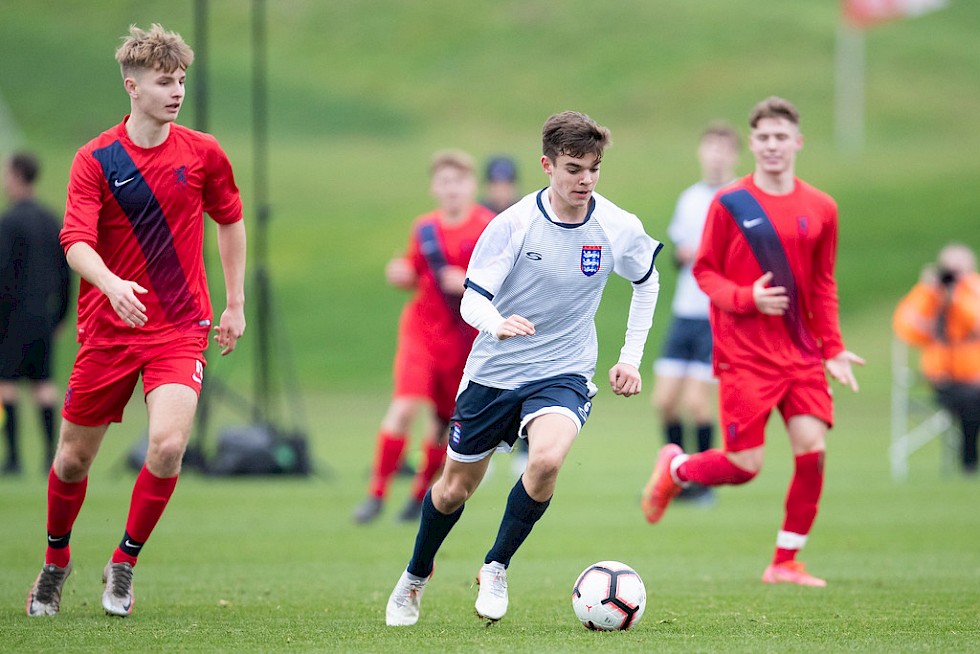 Jack’s switch to Derby County from Hastings United was officially announced via the seaside club’s Twitter account in late-July, as the 18-year-old looks to further his career in the professional game.

Second year Sport student, Jack, joins a long list of players who have made the move from East Sussex College’s full-time education programme, into professional football.

Jack was part of the Football Academy programme at ESC Hastings, which is run in partnership with Hastings United and Skiltek. In June, it was confirmed that Skiltek, the developers of the College programme for ESC’s Hastings campus and Hastings United, will be continuing its partnership with ESC Hastings. Skiltek also became ESC Eastbourne’s Football Academy provider last month, with the expectation of replicating the immense success at the Hastings campus.

Jack has proved hugely successful throughout his time at the College having been included in the 24-man squad for the 2021/22 AoC Sport England Colleges men’s football team, and he also secured his place in the England U18 schoolboys’ football squad as part of the 18-man team for the 2021/22 campaign.

Following his move to Derby, Jack caught up with the College to speak about his next steps and what it means to be pursuing his dream career in football.

“When I first found out I was joining Derby it was unreal. It was quite a long process to be fair, I went on trial in February and then they said they wanted to sign me! With all the club’s administration and everything it took a while. I didn’t officially sign until recently, but I’m excited to be here,” said Jack.

“I came up to Derby about a month after my trial and stayed here until the end of the season. I was technically a trialist but they treated me like a signed player and everything, but they couldn’t officially announce anything. When I properly signed and got the photo it was just an unreal experience. My parents came up for that too which was great.

“Since joining I’ve had so many supportive messages from old coaches, I was at Brighton and Hove Albion before and a coach there messaged me even though we haven’t spoken in four or five years! My tutor at the College, Craig (Ottley) has been especially supportive with the process. When I first had trials at Derby, he helped me so much with the work even though I was up here. When I was at college he was a massive help.”

Speaking about his journey from East Sussex College to Derby County, Jack outlined the importance of the College’s football programme and the benefits of studying the Sport course.

“My journey through college has definitely helped me to get to this point, especially with the football programme. That’s where I’d get all the training from, and all the coaches have massively helped all of this happen. The College has been understanding that I’m prioritising football and helped me manage my work and balance playing football alongside college stuff."

“Studying Sport at ESC is a good way to get into football, they give you a lot of time on the pitch. College studies run alongside the football programme, so you get the most out of both sides of it. The Sport course opens up a lot of football opportunities, so if you want to focus on your football it’s definitely the best course to do.”

On his aspirations for the upcoming campaign, Jack said, “I think my target is to regularly play in the Under-23 side and then see what happens from there. You never know what opportunities might present themselves in the first team.”

If you’d like to follow in the footsteps of Jack and start your journey to becoming a professional athlete, then please visit our website by clicking here to find out more information about the sport-related courses on offer at East Sussex College.

Here’s some tried and tested tips of things you can do over the summer to prepare you for college life.