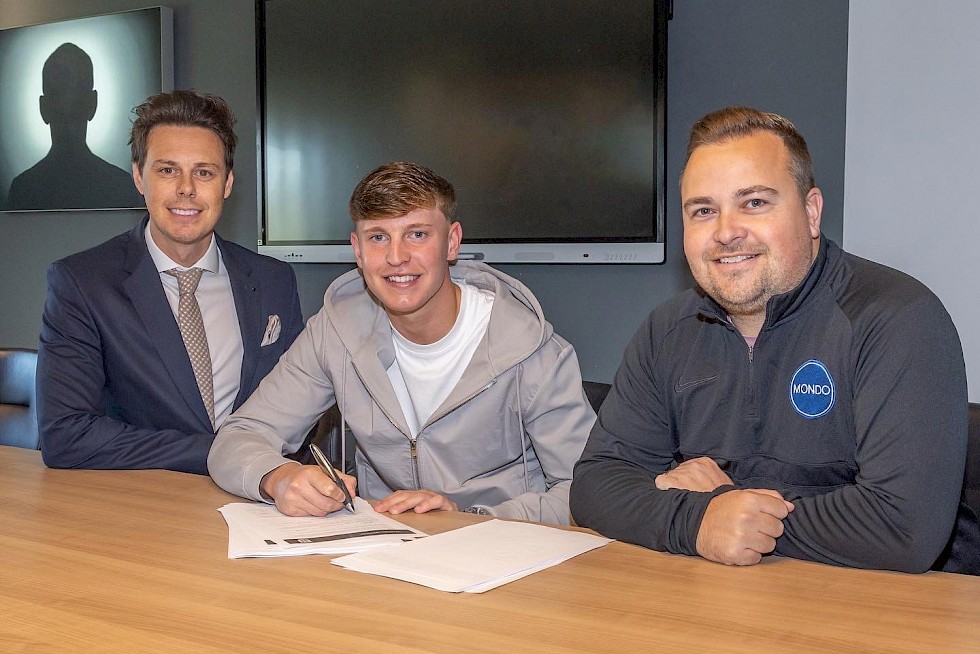 In January 2021, Benn Ward signed a two-year scholarship with Burnley FC and joined the Clarets’ Academy. Over 18-months later, Benn has now signed a professional contract with the club! Benn has already trained for the first team under the watchful eye of Manchester City and Premier League legend Vincent Kompany.

Speaking to burnleyfootballclub.com about his new deal that runs until June 2025, Benn said, “Burnley is a great club and a great place to be. I’ve progressed so much already in the time I’ve been here that securing my future long-term was a no-brainer.

“I’m still young and I have a lot to learn, but this is the right place for me to do just that. I want to gain more experience, and it goes without saying that the ambition has to be to eventually get myself into the first-team setup.”

The 18-year-old added, “Like a lot of the U21 lads, and even some of the U18s, I’ve trained with them a bit already over the last couple of months and once you’ve had a taste of it, that’s where you want to be at.

“For now though, it’s all about concentrating on improving day by day & using those around me to help me on that path.”

Benn was studying Level 3 Sport at East Sussex College Hastings and was part of the Football Academy, which is run in partnership with Hastings United and Skiltek.

In 2022, it was confirmed that Skiltek, the developers of the College programme for ESC Hastings and Hastings United FC, will be continuing its partnership - great news for aspiring footballers! What’s more, ESC Eastbourne has also partnered with Skiltek as the Football Academy provider, with the expectation of replicating the immense success at the Hastings campus.

Speaking to the College following his initial move to Burnley in 2021, Benn said, “I am absolutely delighted to have signed for Premier League Club Burnley FC. I was lost for words when I found out, to be honest. I just want to get up there, work hard and not take it for granted. This is my life now, I’m buzzing!

“I’m really thankful to my tutors who believed in me and helped me knuckle down, making sure I’m ready and not behind on anything.”

To find out more about Benn’s journey through college and his experience, watch the YouTube video below

If you would like to follow in Benn’s footsteps and be successful in your chosen sport, find out more at our Sport Academy information evening. See further details below and click here to book your place. 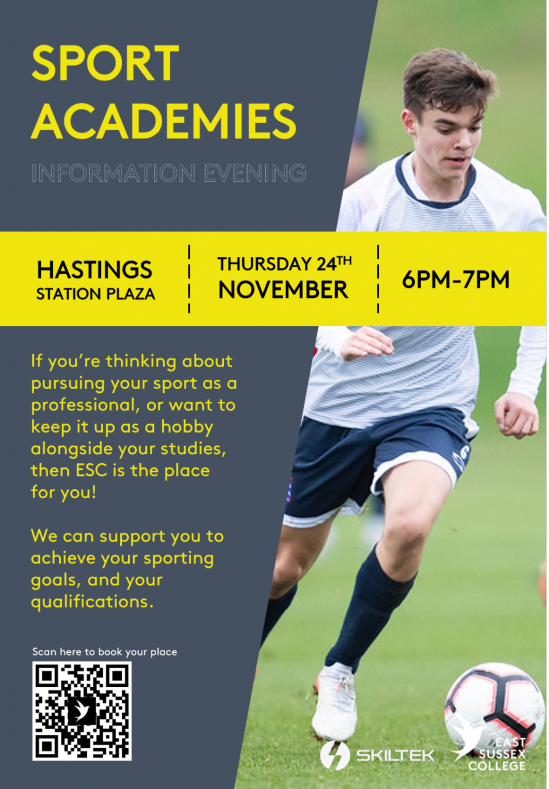